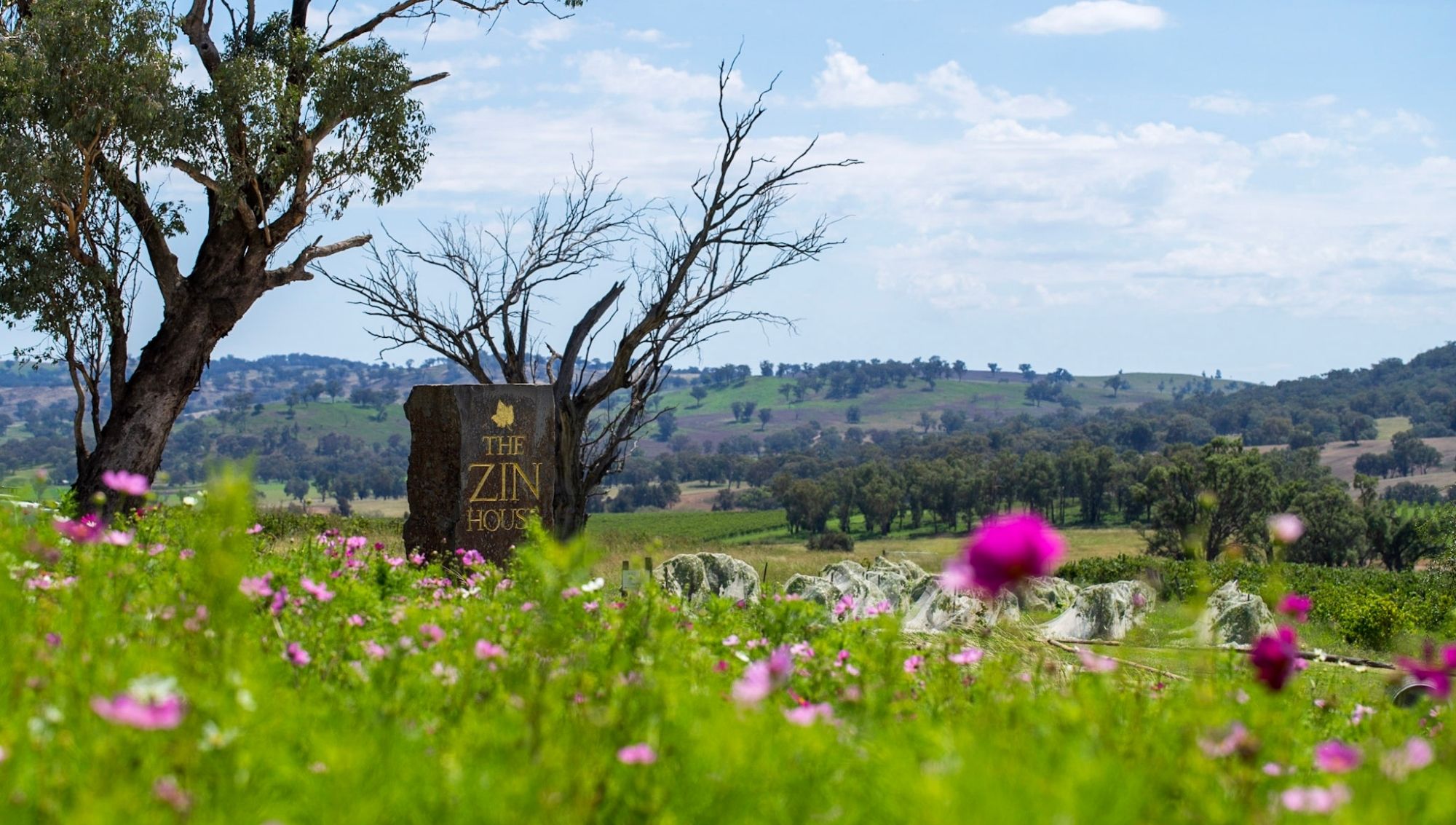 THE PEOPLE BEHIND IT ALL

A lifetimes dedication to food & wine

Lowe Family Wine Co is a reflection of David Lowe and Kim Currie’s dedication to their crafts. Made up of Lowe Wines, Zin House, The Pavilion & Althea by Zin, LFWC’s focus is on providing premium regional food, wine & experiences here in Mudgee, NSW.

Alongside David and Kim lies a team of exceptional people we like to call the ‘Tinja Team’. With over 40 people working across the vineyards, gardens, kitchens, winery and office, each person plays an essential role in creating the ultimate Lowe Family Wine Co experience. Below is a highlight of a few key people who keep our operations running smoothly!

David has only ever wanted to be a winemaker, and to this day, that is what he does. Having helped his father plant the first vines on the Tinja property in ‘73, David went on to forge his own name in the winemaking industry. Graduating from Roseworthy College, David became head winemaker for Rothbury Estate by 21 and between vintages in Australia was one of the brat pack ‘Flying Winemakers’ who cheekily taught the French modern winemaking. Moving back to Mudgee to construct his own winery on Tinja, David completed his first vintage at ‘Lowe Wines’ in 2000. Constantly working with quality in mind, David converted operations at Tinja to certified organic in 2005 & biodynamics in 2011.

Known for his icon wine, Zinfandel, David also remains an industry leader in low alcohol & preservative free wines, such as our Bio-logicial PF Shiraz, as well as his gusty, quartz loving Shiraz such as Block 5. Today, alongside his usual winemaking & directing roles, you will find David out in our vineyards, working directly with the land as our vineyard manager to ensure we are producing the best quality fruit, in the most environmentally conscious way possible. Loving getting his hands dirty, David has just overseen the planting of our newest ‘Latin Quarter’ vineyard which is set to be the next evolution of wines from Lowe.

Over the years David has held various prestigious positions, including Vice President of the Winemakers’ Federation of Australia 2011 – 2015, President of the New South Wales Wine Industry Association 2008 – 2014 and President of the Mudgee Wine Grape Growers Association 2005 – 2011. In 2013 the NSW Minister for Agriculture awarded David the Graham Gregory Award for his contribution to the NSW Wine Industry, and in February 2014 he was awarded the Wine Communicators of Australia’s Legend of the Vine Award. Kicking off his long history with Zinfandel, David’s 2003 Zinfandel was awarded best Zinfandel at the International Wine Challenge, and his 2009 Zinfandel took out the Best Organic Wine at both the NSW Wine Awards and at the Australian & NZ Organic Wine Awards.

Kim has championed NSW regional dining & food for more than 3 decades with produce and producers always the central focus. Moving from New Zealand to Australia in 1982 Kim found herself in regional NSW, beginning her long history across the region. This includes establishing Farmers Markets in Orange, Mudgee, Bathurst and Cowra, as well as her own restaurant & eateries including The Rylstone Food Store and Bridge View Inn. Following a move to Orange in 2006, Kim helped solidify the region’s reputation as a wine & food leader while the executive officer of Brand Orange before returning to Mudgee in 2011 to join David at Lowe, working to establish the food & events offerings you see today.

Driven by her desire to showcase the exceptional regional food & wine Mudgee has to offer, combined with her talent for creating renowned food, Kim opened The Zin House restaurant in 2014. Backed by extensive gardens that continue to expand, Zin’s basis is simply to cook great food with what we & our neighbours grow – an ethos that landed it a Good Food Guide ‘Chef’s Hat’ in its 2nd year, and every year since. Today Kim oversees all the food & events across Lowe, Zin, The Pavilion and now, our town based patisserie & bakery ‘Althea by Zin’, while still finding time to save windfall fruit to pickle or effortlessly feed 80 people at Twilight Tapas.

Aside for The Zin House being awarded ‘One Chef’s Hat’ in the Sydney Morning Herald’s Good Food Guide annually for five+ years, Kim’s other career acknowledgements include the Maggie Beer award for Outstanding Contribution to Australian Food in 2005, the Jaguar Award for Excellence in Innovation & Travel 2001 (Central Ranges Food & Wine), Winner of NSW Rural Woman of the Year in 2009 and induction into the Sydney Morning Herald Food Hall of Fame in 2011. During 2011 – 2016 Kim also served as Chair of Fine Foods for the NSW Royal Agricultural Society.

A Dr by title, Tim’s resume is backed by the field of sciences. First with a Bachelors of Science (Honors), followed closely by his Ph.D in Chemistry, then with his eyes set on a field that combines these with that of a craft, a Bachelor of Wine Science. Initially gaining practical experience in Orange, The Hunter Valley, plus a stint on cooler shores in Marlborough, Tim headed for Mudgee where he continues to be an integral member of the community. Gaining extensive experience in organic winemaking over 6 years at Thistle Hill Winery before joining our Lowe team as winemaker, Tim brings not only a lifetime of knowledge, but also his keen eye for photography, talent for bass guitar and dedication as a volunteer firefighter.

Following a curiosity for the skill & creativity of the culinary world, Jackie left his hometown in the Philippines to pursue professional cooking experience in Dubai. Working his way up through 5-star hotels and world class services, including becoming Sous Chef to John Buenaventura, Jackie eventually became a private chef and culinary consultant in the prestigious The Palm Jumeirah. Looking for a more intimate culinary setting, Jackie joined Australian shores and began at the two-hatted Darley’s Restaurant before finding his home at The Zin House. Driven by an impeccable understanding of flavours & the way ingredients come together, Jackie is not afraid to get his hands dirty. You will likely see him in the gardens digging up potatoes right before he takes centre stage in Zin’s open kitchen.

Jim began his appreciation for the agricultural practices that make up great quality food from a young age. Coming from a farming family in Armidale, Jim began his culinary career in New Zealand before returning to Australia to complete his studies with apprenticeships at Sydney’s Pier and Bilson’s. Following further experience on overseas shores working with renowned international teams whose food & flavours continue to influence the dishes he creates, Jim traded the fast-paced city life for the rolling hills of Mudgee. Balancing the beginning of his young family, Jim now brings his extensive fine dining experience to bridge the kitchen & garden teams at Zin, ensuring the simplicity of growing great quality produce and sharing this with others stays at the forefront of all we do.

Following an apprenticeship in the south of France, our French Artisan Baker, Benjamin, developed his skills in baking & patisserie at one of the best bakeries in Spain, Forn Sant Josep Barcelona. During this time Ben was selected alongside his mentor, Matthieu Atzenhoffer, to represent France in the ‘Best of: Mondial Du Pain (World of Bread)’ competition where they won 2nd place. It was at this point Ben’s refined talent & love for baking really cemented itself. After further experience in France and Switzerland (between skiing & mountaineering), Benjamin moved to Australia where he met his partner Marie, also a trained pastry chef. Together, Ben & Marie took on the opportunity to open our ‘Althea by Zin’ patisserie & bakery, alongside Kim, where they continue to build this much loved piece of France in the Mudgee countryside.

A country boy at heart, Lachie established his enviable work ethic & tenacity from a young age. Beginning in the hospitality industry in his hometown of Shoalhaven, Lachie worked across FOH, kitchen and the gardens before making his move to Sydney. Following his studies, Lachie took on a role at Carnival Corporation where he quickly began climbing the corporate ladder over 5 years, finishing as National Account Manager for Australia & New Zealand. During this time Lachie gained significant experience managing national campaigns, wholesale & trade partner accounts, as well as on-board & on-shore events. Lachie now brings this wealth of expertise to Lowe as Head of Sales & Operations for all of Lowe Family Wine Co. You’ll find Lachie here any, and every, day of the week, keeping the operations running smoothly, striped shirt on & glass of Muriel in hand.

Joining us all the way from Canada, Emily is a born organiser. Starting her Australian hospitality experience at a number of Sydney restaurants, Emily shaped her penchant for fine wine and high level service while quickly working her way to Restaurant Manager. Adding to her strategic planning & hospitality organisation skills, Emily moved to work across high profile businesses, from Corporate Hospitality Manager for Westpac to Client Suite Manager with Corrs Chambers Westgarth, before heading for Mudgee. Now our Wedding & Events Manager, Emily is the primary point of contact for our brides & grooms, while coordinating event staff, kitchen teams & guests. Whether it’s behind the bar, directing vendors or keeping the chefs on time, you will never find our pocket rocket, Emily, standing still.

Sorry, it looks like we do not support the browser you are using.

We recommend Firefox or Google Chrome.